How is the minimum wage formed in Latvia?

1 Who receives the minimum wage?
2 What taxes must be paid?
3 Non-taxable minimum
4 Social tax
5 How much in hand?

Who receives the minimum wage?

Changes in the minimum wage stipulated by the state have the greatest impact on the work of the lowest paid employees, as they are the most likely ones to receive the minimum wage and are directly affected by such changes in the wage. From this year, the minimum gross wage in Latvia is 500 euros. There are several main national reasons for introducing a minimum wage. It is considered to increase the living standards of the most vulnerable and poorest residents by raising the average standard of living, as well as it reduces the state costs due to rising incomes of such groups of residents. At the same time, the minimum wage stimulates consumption, productivity and motivates the employees to work more.

What taxes must be paid?

When paying the salary, several taxes are withheld, part of which have to be paid by the employer and part – by the employee. In Latvia, a progressive personal income tax or PIT rate is applied, which means that the amount of the tax depends on the total amount of income. For income of up to 20 004 euros per year, 20% PIT has to be paid, but for income exceeding this amount, but not exceeding 62 800 euros 23% has to be paid, while for higher salaries – 31%. If the monthly salary at the place where the salary tax booklet is submitted is, for example, 2000 euros, 20% of the PIT is deducted from 1667 euros, and 23% – from 333 euros.

The differentiated annual non-taxable minimum depends on the amount of annual income of each taxpayer. It and also the progressive rate of 31% are applied at the time of submitting the annual income tax declaration. However, regarding this it is important to remember that in situations when income has changed during the year, the non-taxable minimum initially forecast by the State Revenue Service may differ from the calculated one, therefore a situation may arise when additional payments will have to be made.

From the beginning of this year, the rate of mandatory state social insurance contributions (VSAOI) has changed, and is currently 34.09%. Of the mentioned amount, 23.59% is paid by the employer and 10.5% – by the employee.

How much in hand?

According to all of the above, at present, when the minimum wage in Latvia is set as 500 euros, currently the recipients of this wage receive slightly more than 420 euros per month “in hand”. 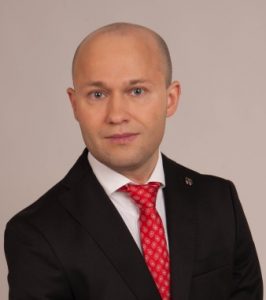 We provide quality accounting services to existing companies, support young entrepreneurs in starting a business by providing them with sample accounting documents and a specially designed guide to choosing the legal form and tax regime.